With the festive season fast approaching, employers are arranging their annual Christmas functions. While these celebrations provide staff, employers and clients with a great opportunity to relax and enjoy themselves in a social environment, away from the normal the constraints of work, they also have the potential to become a venue for undesirable conduct, which could lead to situations with serious legal implications.

Employers are increasingly faced with the consequences of the inappropriate conduct of their employees at employer sponsored Christmas parties. These parties can provide fertile grounds for litigation against employers who fail to take basic precautions.

Employers must be able to demonstrate they took reasonable steps to educate and inform their staff about the requirement to maintain reasonable standards of behaviour, with respect to their work colleagues, and other guests at work related functions, irrespective of whether the function is held at the work place or at another location. It is important to remind all staff that while it may be a time for celebration, it is still essential that their conduct is such, as to maintain a safe workplace. Reasonable steps mean pro-active preventative measures, as lack of awareness is not in itself a defence.

Take precautions before your work Christmas party, and take time to ensure your staff understand that there are limits on their revelry, so that you and your employees don’t end up with more than just a hangover!

What are the Risks?

Some recent examples provided by the Victorian Employers’ Chamber of Commerce and Industry of Christmas parties gone wrong include:

REMEMBER! Sexual harassment can constitute anything from an off-colour joke, to an ill thought out Kris Kringle gift, to dance floor hi-jinks.

When is an Employer Liable for Employees ‘Out-of-Work’ Conduct?

Where a Christmas party is funded and organised by the employer, the employer will typically be liable, unless the employer can show it took all reasonable precautions to prevent the incidents.
As well as conduct which might infringe sexual harassment or discrimination laws, employers need to be conscious of their obligations to ensure the health and safety of their employees. Another significant risk is that of physical injury, which might result in the employer being in breach of Occupational Health and Safety legislation or at common law for negligence.

Discrimination laws at both Federal and State levels, expose an employer to liability for employee conduct outside the workplace, as long as there is a “sufficient connection” to the employment or the employee’s duties.

All of the current case law demonstrates that the term, “in connection with” is given a broad interpretation.

Employer’s liability also extends to the responsible serving of alcohol, and also ensuring that staff return home safely, after having hosted a work function at which large amounts of alcohol are served.

If an employee has “behaved badly” outside work hours, what sanctions can the employer impose?
The answers to these questions are often difficult and confusing for an employer to navigate, and are best dealt with on a case-by-case basis, however, some of the recent case law below may provide some guidance.

Does a staff Christmas Party constitute the ‘workplace’?

There are many cases where an employer has been found liable for out of work conduct of its employees.
In the recent case of Streeter v Telstra Corporation Ltd (2007) AIRC 679, “an employee was found to have been unfairly dismissed after being summarily terminated for having sex in front of other employees”, disrespecting other employees and lying during an investigation into the allegations. The Australian Industrial Relations Commission (“AIRC”) held that Ms Streeter’s conduct was not so serious as to warrant termination, and ordered that she be re-instated to a similar position in another Telstra store.

On 24 February 2007, a party was held by the employees of the Telstra Shop in Miranda as a belated Christmas party and to celebrate the promotion of the Store Manager. Telstra contributed $25 per head on the company credit card towards the dinner. The employee who organised the party, Ms Hyett, booked a hotel room for four Telstra employees for later in the evening.

Telstra conducted an investigation into the complaint, and subsequently summarily dismissed Ms Streeter for serious misconduct. Ms Streeter lodged an unfair dismissal application on the basis that the alleged misconduct did not occur at a work-related function and did not amount to sexual harassment. Telstra argued that Ms Streeter’s conduct occurred in a work-related context, breached her duty of good faith and fidelity and breached Telstra’s code of conduct and workplace policies.

The AIRC considered that the central issue to be decided was whether Telstra had a valid reason for the termination of Ms Streeter’s employment. The AIRC agreed with Telstra’s assertion that it would be ‘extraordinary if an employer could be held liable for an employee’s conduct under the Sex Discrimination Act but that same conduct could not constitute a valid reason for termination of employment.’

The AIRC also confirmed that for sexual harassment to occur, there must be conduct of a sexual nature, it must be unwelcome and in relation to the person harassed. The conduct must occur in circumstances where a reasonable person would have anticipated that the person harassed would be offended, humiliated or intimidated.

However, the AIRC concluded that Ms Streeter’s conduct did not constitute sexual harassment, or only did so in a ‘relatively marginal way’. Although it was sexual conduct and unwelcome, it was not ‘in relation to’ Ms Hyett. The AIRC held that it was not enough that the sexual conduct offended another person, the conduct must either be done with that person in mind or have a connection with that person. The AIRC ordered that Ms Streeter be reinstated to a nearby Telstra Shop and be paid compensation for remuneration lost as a result of her termination.

However, another example is found in Lee v Smith & Ors [2007] FMCA 59 where the Federal Magistrates Court held the Department of Defence was liable for the actions of an employee raping a fellow employee after a private function. Ms Lee was a naval officer who had previously made a compliant of sexual harassment against Mr Smith. Ms Lee, Mr Smith and others attended a dinner party at which Ms Lee was intoxicated, became unconscious and woke to find herself being sexually penetrated by Mr Smith. The court held that the rape of Ms Lee occurred “in connection with” the employment of Mr Smith. The rape “arose out of” a work situation as it was the culmination of a series of sexual harassments that took place in the workplace.

Having found that the out of work conduct had ‘sufficient nexus’ to the employment, the court then discounted the Commonwealth’s defence that it had taken “all reasonable precautions” to prevent the conduct, despite having “detailed, comprehensive and appropriate equity and diversity provisions in place”. Ms Lee was awarded $100,000 for hurt, suffering and humiliation.

Implications
Employers should ensure careful consideration is given to all the circumstances surrounding the particular conduct in determining whether disciplinary measures are justifiable.

To provide guidance, workplace policies should be clear on what constitutes unacceptable behaviour.
Employers should be aware that inappropriate behaviour by employees at Christmas functions and other work-related parties may result in the employer being vicariously liable for the behaviour.

However, whether disciplinary measures may be taken against the offending employee is complex. Before dismissing an employee, employers should ensure the conduct has a sufficient connection to the employee’s employment.

How can I take “reasonable” precautions to reduce the risk of such issues arising?

In the context of the work Christmas party, employers would be well advised to take the following measures:

If you are concerned about certain aspects of your Christmas function planning, please contact one of INVision’s Directors via our website at www.inv.com.au 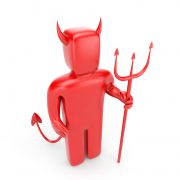 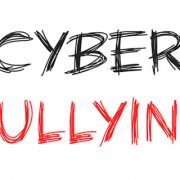 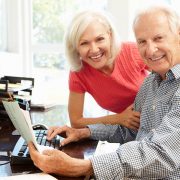 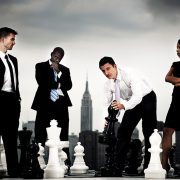 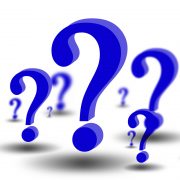 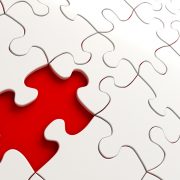 Recording Private Conversations in the Workplace
Scroll to top